Around 100 people joined a noisy protest outside the Broadstairs office of South Thanet MP Craig Mackinlay yesterday (May 21) to highlight climate change and the cost of living crisis.

The action was organized by the group ‘Thanet Left’.

A spokesperson said: ‘The climate change catastrophe and the rising cost of living pose a terrible threat to us here, but we have one MP who seems completely blind to both of them.’

They added: “Thanet is one of the most deprived areas in the country. People are suffering here, but the cost of living crisis, with soaring food prices and energy prices, will push many of them over the edge. Yet Mackinlay is completely silent on the matter.

“The global climate emergency also poses a huge threat. Rising sea levels could turn Thanet into an island within twenty years and devastate many parts of Kent. But incredibly, Mackinlay has spoken out against green taxes and has ties to climate change deniers.

“Doesn’t he care what happens to his constituents? He must make his government understand that we must act now. It is literally a matter of life or death.

Protesters said it was just the first in a series of similar events.

Mr Mackinlay is a member of the Net Zero Scrutiny Group (NZSG), made up of Conservative backbenchers, which opposes many of the government’s net zero policies. 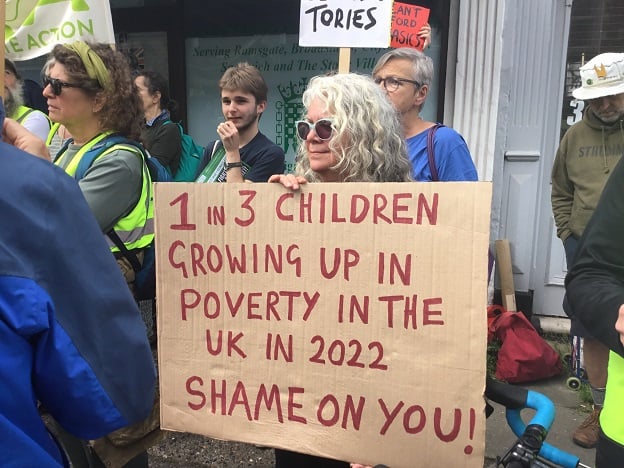 The group has institutional ties to the Global Warming Policy Foundation (GWPF), which says “predictions of unacceptable warming caused by more carbon dioxide are wrong.”

The NZSG says people will face huge costs for some of the net zero measures, such as heat pumps replacing gas boilers and switching to electric vehicles. 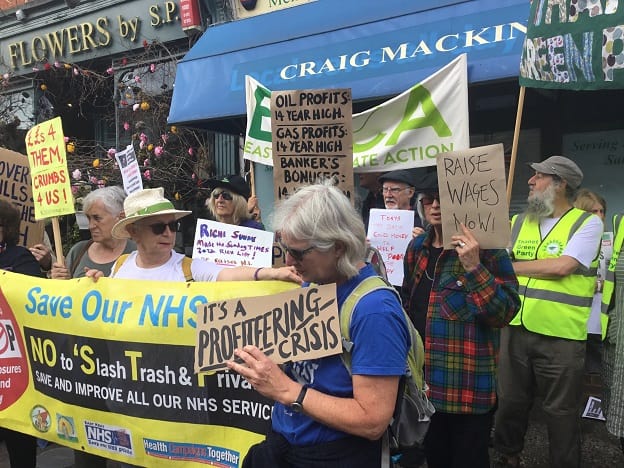 In terms of rising energy prices, Mr Mackinlay says the UK needs to use its own natural resources. In an article for The Critic, he said: “Consumers will need urgent relief from soaring prices. The reduction in VAT and the cost of environmental levies, which today represent almost 25% of electricity bills, will soften the blow, but we must deal with market fundamentals to bring down bills for good, otherwise destitute families and the permanent closure of remaining energy-intensive industries, as production, jobs and positive tax revenues are simply moved offshore.