It all started with a little boy’s interest in Scouting, who added “history and traditions” of Native Americans to what he already knew of his Cherokee heritage.

Over the years, since David Bogle founded the Museum of Native American History in his home in 2006, those childhood fascinations have grown into a collection of more than 10,000 artifacts spanning 14,000 years, as well as a celebration annual Native American cultural event that drew more than 200,000 attendees from around the world last year.

This year’s sixth event, scheduled for September 19-21, will be even bigger and better, says museum director Charlotte Buchanan-Yale, as it will take place both via the magic of the internet and in person at the Bentonville facility that Bogle opened in 2008.

“Over the years, we have highlighted David Bogle’s vision of teaching history through our art collection that honors the artistry and diversity of First Peoples from ALL of the Americas,” says Buchanan. -Yale. “The three-day festival celebrates indigenous peoples, knowledge, art, pop culture and cuisine with workshops, performances and encounters. We bring together some of the happiest presenters dedicated to a serious subject — climate change — have joined the conversation with musical performances; author events; Coyote and Crow, a tabletop role-playing game created by an Indigenous creative team representing a dozen tribes; and, of course, food. »

This year’s theme is “Indigenuity 2.0: Honoring the Lessons of Mother Earth,” returning to a word attributed to Daniel Wildcat, professor of environmental studies at Haskell Indian Nations University in Lawrence, Kan. ingenuity — as a “movement” to bring the best of the ancient wisdom of Indigenous peoples to modern problems.

As Wildcat said in 2021, the most vital of these modern crises is climate change, although he says it’s “not sure if it’s up to us to ‘solve’.” But, he believes, “Indigenous voices will be the most important voices of the 21st century if humanity is to succeed in addressing global climate change.”

“We still have in our traditions such deep insights and knowledge about humanity’s relationship with the land, plants, water – in a very practical sense,” says Wildcat. “We need to reinstill a deeper awareness of the world around us. If we pay attention to it, we might learn something from the forest, the rivers, the earth and the sky.”

Wildcat says it’s something “more basic” than being a “tree-hugger.” When the culture of indigenous peoples emerged in North America, everything they needed – clothing, food, shelter, medicine – had to come from the landscape around them. That, he says, means they had to be very careful of that environment or suffer the consequences.

“Our ancestors had a deep, experiential knowledge of the world that too many of us living in the modern world have forgotten,” he says, “and that’s what we need to regain today.”

Six years ago, “we built the first cultural celebration around the classic book ‘Black Elk Speaks’, John Neihardt’s conversation and friendship with medicine man Oglala Lakota, who shared his visions,” said said Buchanan-Yale of the creation of the cultural celebration in 2017. “Black Elk, as a young boy, had a vision that the hoop of his nation would be broken, and in time Wounded Knee came But his vision went far into the future when all the hoops of the nations of the world would come together and the tree of life would bloom.

“To me, ‘indigenity’ is a movement that spans and inspires future generations to build on traditional knowledge with enduring adaptability and use the gifts of its creator in their future professions to learn how to be good stewards. of this planet,” says Buchanan-Yale. on. “The idea is that we don’t need a better mousetrap, we need to methodically think through our solutions, and if you find yours is bad for our air or our water, keep thinking.”

Speaker Laura Harjo is a Mvskoke scholar and acting chair of the Department of Native American Studies at the University of Oklahoma. She got her doctorate. at the University of Southern California in Geography, while completing the doctoral program in American and Ethnic Studies, and her session at Cultural Celebration will be “focused on convening as a community to understand what matters to us and what we want to build together.”

“It’s an intentional workshop meant to spark a collective conversation to find commonalities through what we cherish,” she says. “First and foremost, being Indigenous is tied to the values ​​we carry on a daily basis — concepts such as respect, generosity, honoring our ancestors and our future parents, helping each other and caring for name a few.

“Indigenous peoples are not an endangered people. We have languages, philosophies that have sustained us and will continue to sustain us. We have lived many times in post-apocalyptic times, and although climate change be apocalyptically designed, we will continue to plan for the desired future for our unborn loved ones.”

“These cultural celebrations are also important in debunking the Hollywood stereotype of mythical, conquered peoples and shining a light on the Indigenous pioneers who are making history today,” Buchanan-Yale said. “I always thought about blowing that image out of the water, bringing [as we did] the first Native American astronaut, Commander John Herrington, or Oscar-winning actor Wes Studi.”

This year, that “pioneer” is Michael Begay, a Diné performer/composer of chamber music, experimental sound, Native American flute and metal music. Born in Tuba City, Arizona, on the western edge of the Diné Nation, Begay says he was “very lucky to learn about my culture and identity very early growing up. My parents were very supportive of me learning both the traditional and the modern.I believe that we all have an obligation to serve both past, present and future generations.

“The more I learn about my culture, the more I understand where I come from and where I want to go,” he adds. “Sometimes I incorporate Diné elements into my pieces, whether it’s a Diné title with Diné subjects, or it could be a Diné story (season permitting). I think there needs to be more voices indigenous people in music, especially in the classical world.”

This summer, Begay worked with the Torrey (Utah) Chamber Music Festival as composer-in-residence and performer; taught music composition to Lakota and Dakota youth in two week-long intensive music clinics with the South Dakota Symphony Orchestra; and completed a residency with the Grand Canyon Music Festival’s Native American Composer’s Apprentice Project which he says is the program that launched him into music composition as a teenager living in the Diné Nation in the early 2000s. .

“I have a few new compositions coming out: cello quartet, cello octet, two full orchestra arrangements of some of my older works, and I also have an experimental guitar and synth album which is about to be released. going out, and I also have some great projects going on,” he says, adding that as part of the cultural celebration, he will not only be performing with guitarist Larry Mitchell, but he will be teaching students at the Academy of Arkansas arts in both composition and ensemble performance.

“We are going to work on a new composition which will be performed by the students, [and] I’m also working on some new compositions that will be created during the performance,” he says.

Mitchell, a Grammy-winning producer, engineer and performer who has toured the world playing with dozens of well-known artists, says he got his first guitar when he was 9 and he grew up in Brooklyn – after her mother threw her toy drum put out the window.

“I didn’t know Native American music or get into it until 2001, much later in my life,” he explains. “I was asked to do a replacement guitar gig at a powwow at Fort Snelling Park in Minneapolis. It was a world I had never been exposed to before.”

As a producer-engineer, Mitchell has won 26 New Mexico Music Awards in various categories ranging from pop, adult contemporary, rap and rock to country and Native American. He won a Grammy Award for producing, designing and performing on “Totemic Flute Chants” by artist Johnny Whitehorse, better known as Robert Mirabal of Taos Pueblo, and is currently touring with his own trio as well as with Indigenous artists Mirabal, Shelley Morningsong, Dawn Avery and Joy Harjo.

“To attend an Aboriginal festival alone is an honor,” says Mitchell. “I only have a tiny bit of Native (Creek) in my family [and] usually when I do Native American events, it’s with another Native American artist.

“I’m glad to see what [Michael Begay and I] to find. Our styles are so different, but the intent behind the art is almost the same.”

Mitchell and Begay will perform together at 6:30 p.m. on September 21. Like the rest of the conference, the performance is free to the public. 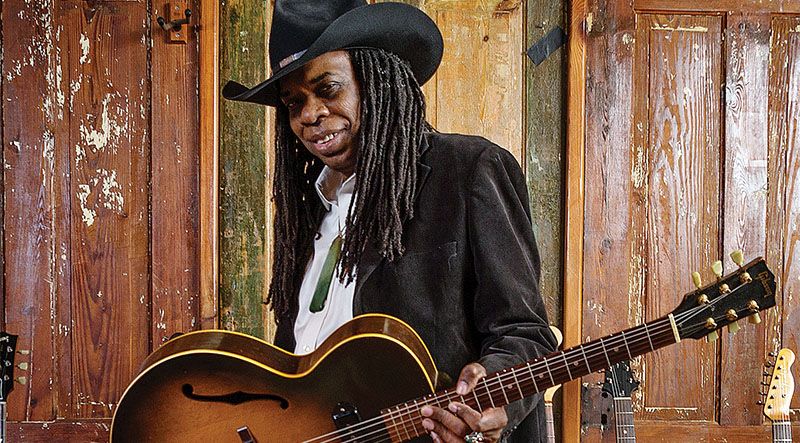 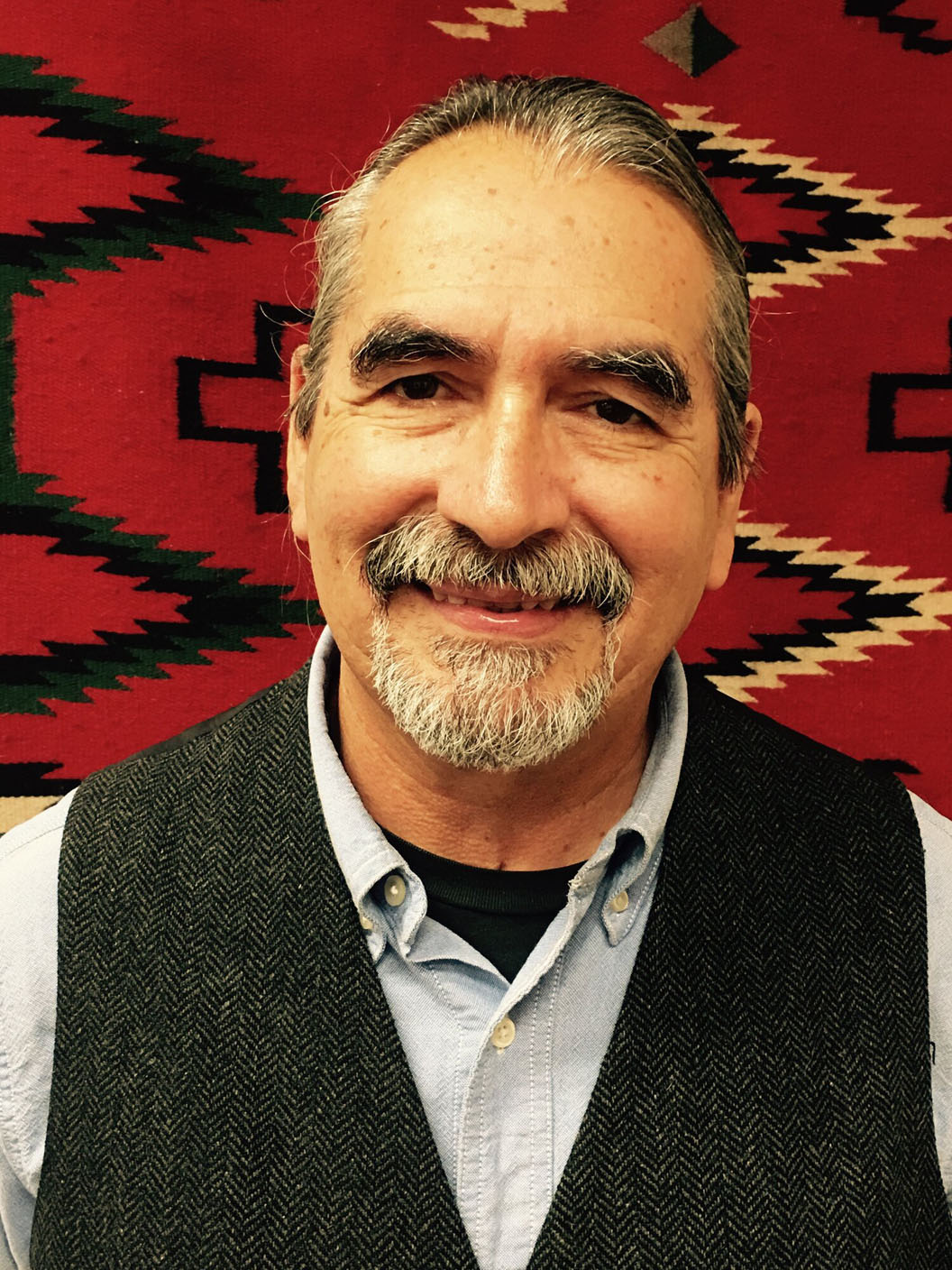 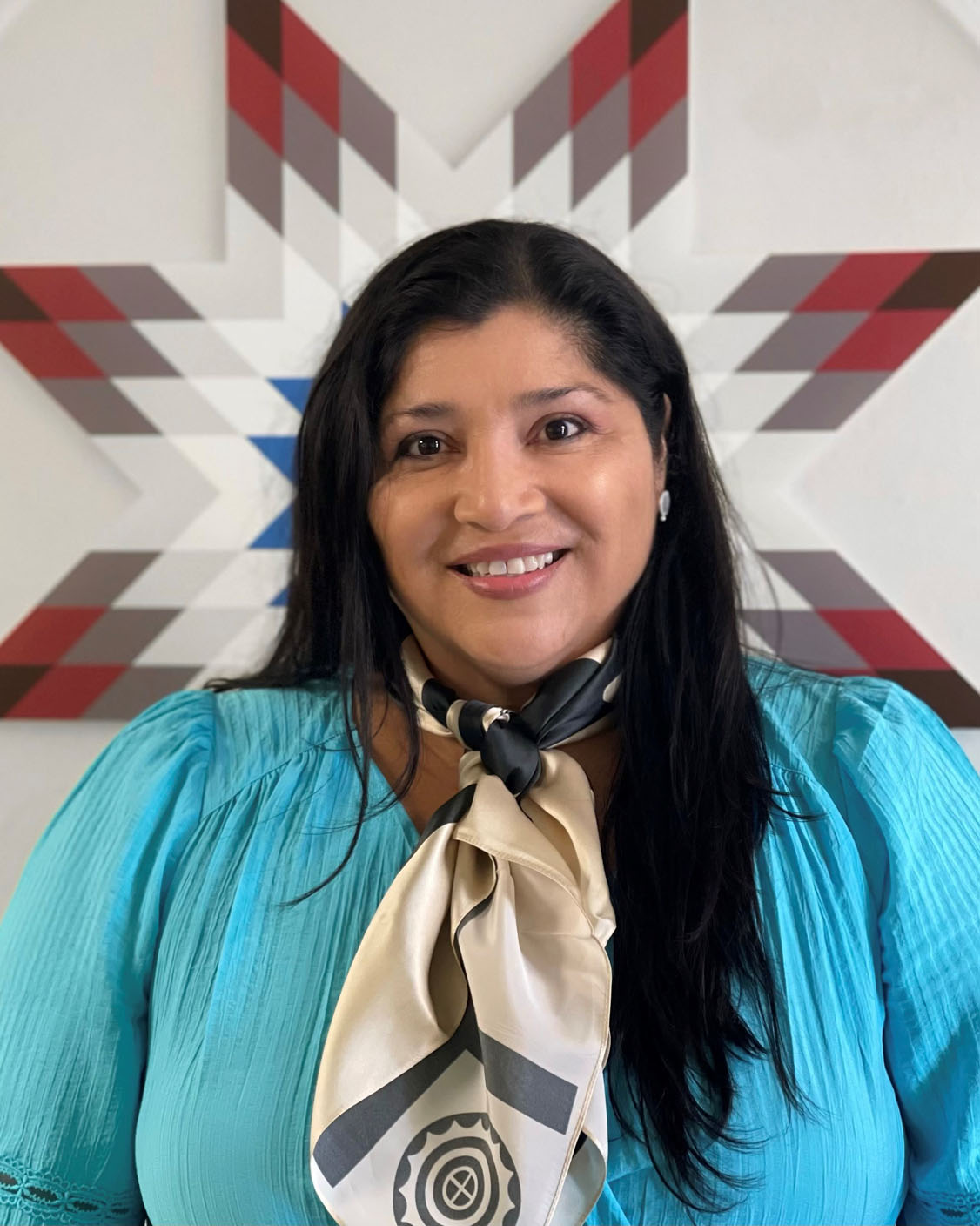